A new research conducted by scientists of Mayo Clinic may radically change the treatment methods for patients who suffer from mostly benign thyroid disorders and hypothyroidism that was recently treated.

Hypothyroidism, also known as low thyroid or underactive thyroid, is an endocrine system disorder. It occurs when the thyroid gland for some reason is incapable of producing enough of the thyroid hormone. Hypothyroidism can provoke some symptoms, which include cold sensitivity, fatigue, digestive disorders, depression, and increase in body weight. Sometimes people with hypothyroidism can have their front part of the neck enlarged due to the goiter, which is a term for swelling in the neck. Iodine deficiency is usually the most common cause of the development of hypothyroidism. 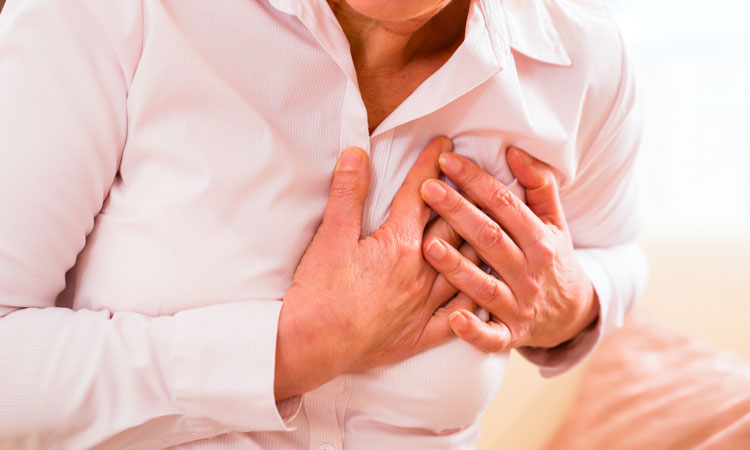 The research was posted in Mayo Clinic Proceedings in July. It investigated the possibility of the generic and brand-name therapy with a levothyroxine drug affecting the number of hospitalizations for patients who are prone to have cardiovascular events. The study looked at the patients who were primarily at risk of ischemic heart disease and congestive heart failure. In the US, levothyroxine is the most frequently prescribed drug. Over a 23 million prescriptions of the levothyroxine are written every year.

A method of a retrospective analysis was used to evaluate anonymous claims records form a huge confidential U.S. health plan. The results showed that the level of cardiovascular events were equivalent for the treatment with both generic and brand-name levothyroxine, while the generic drug appeared to be the cheaper option. These findings supported the study of longer-term event rates. They also indicate that generic or brand-name drug levothyroxine can be prescribed for treatment of hypothyroidism which occurred due to benign thyroid diseases. The average cost of a 30-day treatment with the generic drug turned out to be two times cheaper than the same treatment with the brand-name medication for both patients and insurers.

Robert Smallridge, M.D., the principal investigator of the conducted study and an endocrinologist from a Mayo Clinic, has stated that in more than 90% of the cases it is the levothyroxine that is prescribed for thyroid disorders. According to Smallridge, there has been a certain disagreement about the equivalency of the treatments with generic levothyroxine and its branded version called thyroxine. He adds that these findings indicate that the therapy with both generic and brand versions of levothyroxine are similar, when speaking about the risks of cardiovascular events.

Dr. Smallridge also says that the results received form this study needs further confirmation with a longer-term follow-up researches that would focus on patients who have a history of suffering from thyroid cancer, and therefore took higher doses of levothyroxine continually.

A condition of hypothyroidism usually interferes with the function of multiple organs in the human body. It often elevates the levels of cholesterol in the blood and increases the heart attack, congestive heart failure and stroke risks. In order to reduce the elevated cholesterol levels and revoke the symptoms of hypothyroidism a levothyroxine drug is prescribed. It can be bought in U.S. under such brand-names as Levothroid, Tirosint, Levoxyl, Unithroid, and Synthroid.

The uncommon thing about this analysis was that it worked with the data from a database of administrative claims, provided by OptumLabs Data Warehouse. OptumLabs is a center of a collaborative research and innovations. It provides the researchers with all the necessary things like special tools, various technology, collaboration space and different operating processes. The company was co-founded in 2012 by Optum Inc. and Mayo Clinic. It is basically a data warehouse, which contains confidential administrative claims information, along with the anonymous electronic data of health records from a network of provider groups across the country.

The research analyzed the data about 87,902 patients’ records for an average period of one year. The main focus was on the patients who were hospitalized for the cases of heart attacks, strokes, heart failure, or atrial fibrillation. The results of the study indicated no difference whatsoever considering the frequency rate of the four possible types of cardiovascular events.

The study was financially supported by a Center of a Science of Healthcare Delivery of Robert D. and Patricia E. Kern, with an extra dotation from Alfred D. and Audrey M. Petersen.

What is Mayo Clinic Proceedings?

It is a monthly medical periodical, which issues original articles and different scientific reviews concerning the clinical and laboratory medicine, clinical studies and scientific researches. The journal is funded by the Mayo Foundation for Medical Education and Research in order to show its commitment to the education of physicians. Proceedings publish the works submitted from authors all over the world. The periodical has been issued for over than 80 years now, and its circulation has reached the number of 130,000. You can visit the official website of the Mayo Clinic Proceedings to see the articles.